The squash blossom that is actually a pomegranate

The squash blossom that is actually a pomegranate 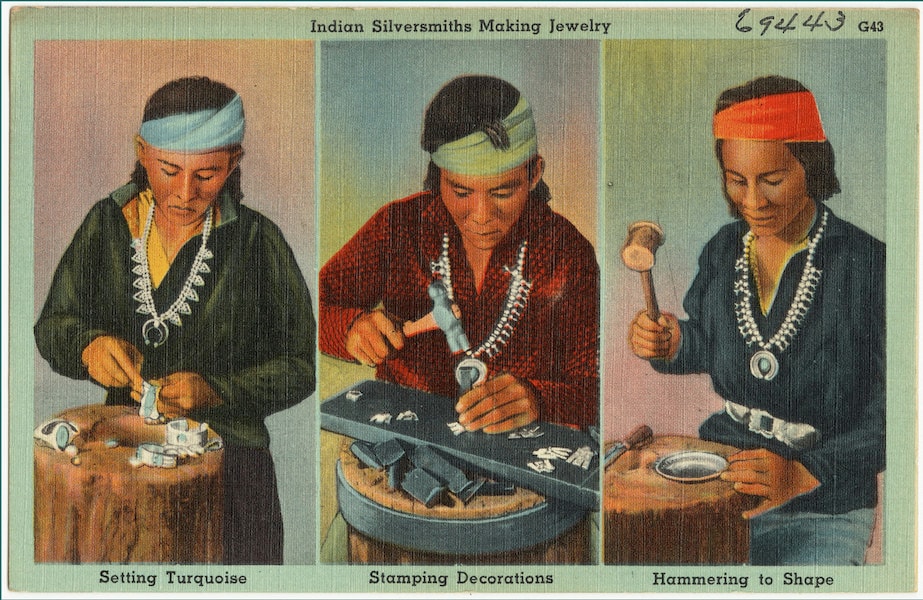 Native American jewelry and clothing have been in fashion for years and we all own such pieces. Beyond the pleasing aesthetics, those pieces carry the tradition, symbols and beliefs of their respective tribes.

Squash Blossom Necklaces are not just imaginative and elaborate pieces of jewelry. Designs and jewelry like the Squash blossom are evidence of how our histories and our cultures are connected and entwined, no matter the distance that separates us or our difference of appearance. Our influences connect us.

In such manner, the Squash Blossom Necklace is not just a symbol of the Navajo but also a symbol of unity. 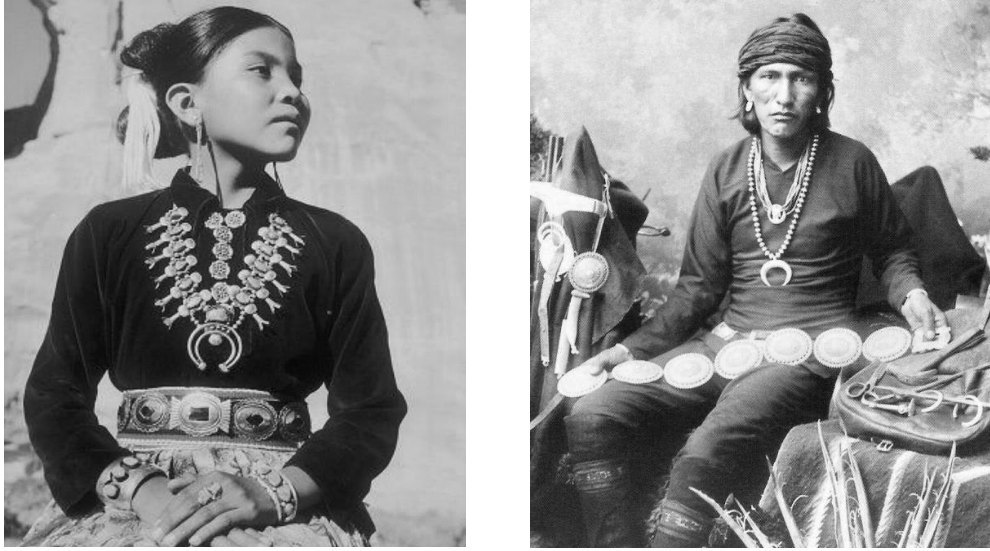 Squash Blossoms have been around for over a century. It is believed that the Navajo wore them first but some of the roots of the design arrived from the European countries along with the soldiers in the 18th and 19th century.

The Navajo made them from silver coins that they melted down. The Zuni and the Hopi later adopted the design and the Zuni where the ones who introduced turquoise to the necklace.

The inverted crescent can be found in many cultures around the world. It is mentioned in the bible and was found in ancient Cretan and Roman artifacts. In Phoenician culture represented the goddess of fertility. The acquisition of the Naja  by the Navajo was a matter of pride and the ornament was proudly displayed during ceremonies as a symbol of power and wisdom. Silver beads became very popular around 1880 and the Navajos found a way to display the Najas on necklaces.

They styled them with pomegranate-shaped buttons (that were worn by the Spanish dandies). These beads were possibly misnamed long ago by a trader who thought they looked like squash blossoms but in fact they're like a pomegranate.

How to style them

Don’t be puzzled by the elaborate design. It is actually very easy to wear a such beautiful piece. The Squash Blossom is the favorite piece of the modern bohemian and the festival lover. You can wear it with pretty much everything: a denim shirt, a vintage printed t-shirt (even with a “loud” design), a floral dress or even a lace for the night time. 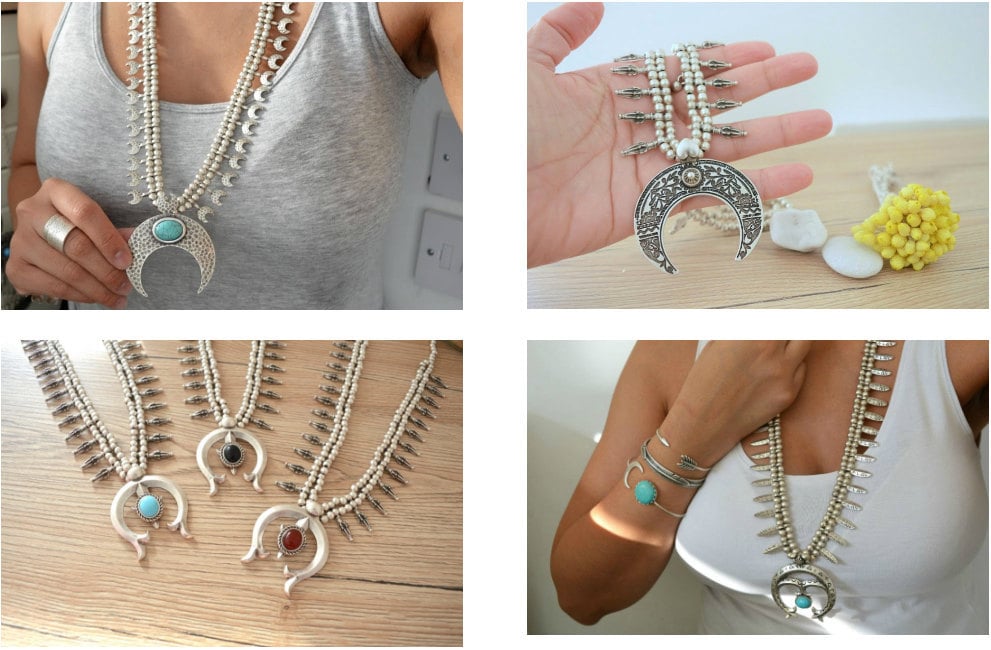 Previous Post The Autumn Report 🌰🍂
0 items in your cart